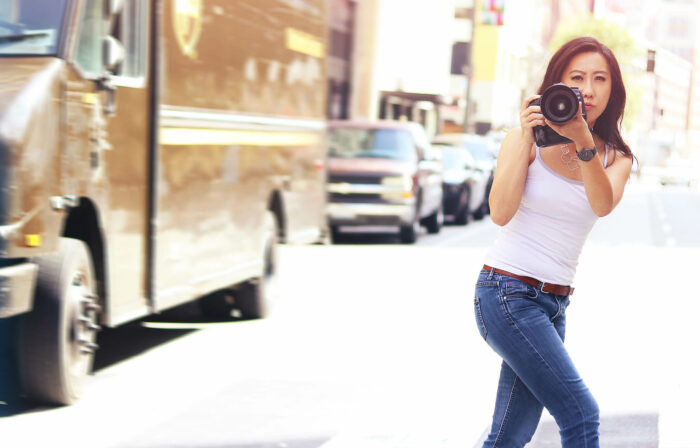 GENEVIEVE WONG is a four-time Emmy-nominated producer, writer, and documentarian based in Los Angeles. Currently, she works at A&E Networks, where she produces content for the History Channel.

Prior to this, Genevieve was best known for producing the hit franchises America’s Most Wanted and Access Hollywood. To date, Genevieve has produced, written, and directed over 2,000 episodes of programming for TV and streaming networks like Fox, NBC, E! and Discovery+.

In recent years, the California native has found herself spending more time on the development side– creating reality, game, and true crime formats for unscripted powerhouses like Fremantle, The Wolper Organization, and The Jay and Tony Show. Genevieve also works as a screenwriter; her scripted projects have caught the attention of production companies like Unicorn Island (late-night host Lilly Singh’s shingle) and Nørlum (Oscar-nominated for Song of the Sea).

A former Junior Olympian in fencing, Genevieve is also a proud alumna of New York University’s Tisch School of the Arts and Northwestern University’s Medill School of Journalism.