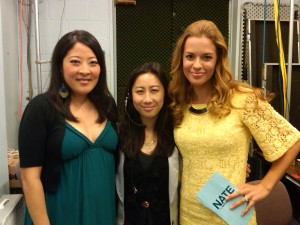 A writer by trade, she specializes in reality, talk, news, documentary, reenactment, game shows and live programming. She is well-versed in basic shooting and editing, as well as field, story and post producing.

For four consecutive years, Genevieve was nominated for a Daytime Emmy for her work with Access Hollywood.

Genevieve’s entry into TV producing happened in 2004, when she was hired as a broadcast associate on The Early Show. Shortly after, she landed a staff position as a producer on E! News from 2005-2007.

Since then, Genevieve has branched out into other unscripted genres, most notably in the field of reality television. Her work can routinely be seen on networks like NBC, OWN, History, Discovery and CMT.

Genevieve currently serves on the Emmys judging panel for the Academy of Television Arts and Sciences, is an active member of the Producers Guild of America and volunteers on the board of Women in Film.[/vc_column_text][/vc_column][/vc_row]